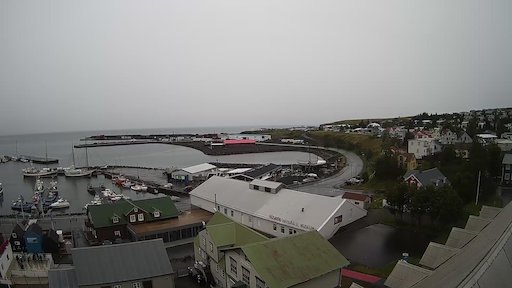 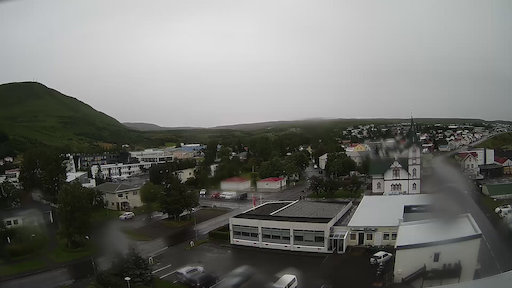 Iceland’s oldest settlement, close to the Arctic circle. Often referred to as the Whale Capital of Iceland with it’s 23 species of whale in or around the bay.

Húsavík is the oldest settlement in Iceland, besides being the largest town in Þingeyjarsýsla district and the service centre for the surrounding area. The town is known for whale watching tours in Skjálfandi Bay and is often referred to as the Whale Capital of Iceland. Up to 23 species of whale, including the Blue Whale, as well as large colonies of puffins can be found in or around the bay. One can experience the gigantic life-size of whales in the local Whale Museum where, amongst others, a 22m long skeleton of a Blue Whale is on display. There are several whale watching companies to choose from in Húsavík and sailing from there in pursuit of these wonderful creatures is an experience no one should miss and will certainly never be forgotten.

Húsavík is linked with Eurovision. The film Eurovision Song Contest: The Story of Fire and Saga is based on two characters Lars Erickssong played by Will Ferrell and Sigrit Ericksdottir played by Rachel McAdams. Húsavík is the hometown of the duo and the title song is also named Húsavík. It’s likely you will see some locals from the movie if you visit Húsavík. If you have limited time we recommend taking the Fire and Saga Tour.

The Museum House at Húsavík, as the inhabitants of the district call their cultural centre, houses part of the South Þingeyjarsýsla District Museum, a maritime museum, natural history museum, folk museum, district archives, photograph archives, and an art gallery.

Cultural life in and around the town is flourishing, the active and enthusiastic drama society being among the best amateur theatre groups in Iceland. There are a number of choirs and instrumental groups playing an active role in the field of music.

Services in Húsavík are different types of accommodation, restaurants and cafés, a brewery, a geothermal swimming pool and campsites as well as a golf course and skiing area on the outskirts of town. A newly opened sea bath invites for a dip in geothermal hot sea water while enjoying a magnificent view over the bay.